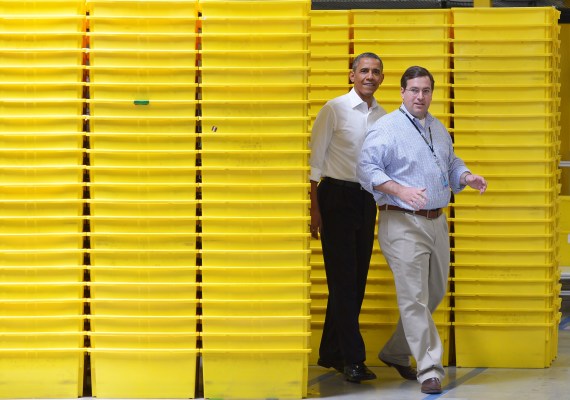 Clark resigned from his role as CEO of Amazon’s worldwide consumer division on Friday. His last day at the big tech company will be July 1, after which time he’ll join Flexport as co-CEO alongside current leader Ryan Petersen. Petersen, who founded the $8 billion-valued supply chain startup in 2013, will step into an executive chairman role six months after Clark joins, according to the current CEO.

Clark’s new role is a sign that Flexport is hoping to move from buzzy startup to a major player in logistics on scale with other legacy companies. Petersen’s recent tweet suggests as much.

“During his 23-year tenure at Amazon, [Clark] worked his way from Amazon’s MBA rotational leadership program all the way to CEO of Worldwide Consumer. In the process, he and his team built much of their legendary fulfillment, logistics and transportation network,” tweeted Petersen on Wednesday. “Flexport is on its way to becoming one of the world’s most important technology platforms for supply chain and logistics. Given the scale of the opportunity ahead of us, Flexport doesn’t need another executive. We need another entrepreneur.”

Flexport offers digital freight forwarding and other software tools to manage supply chain with clear visibility, order management, help dealing with customs, carbon offsets, cargo insurance, trade strategy advice and more. Oh, and of course, reams and reams of data to help make the startup itself better while improving the capabilities of customers.