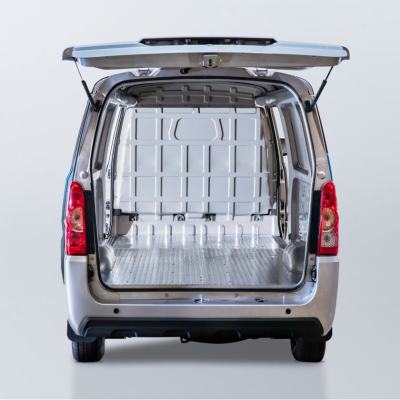 Commercial EV maker Electric Last Mile Solutions said Monday that it will file for bankruptcy, the first among a spate of troubled EV manufacturer SPACs to go out of business.

Electric Last Mile Solutions, which went public in June 2021 through a $1.4 billion merger with Forum Merger III, plans to liquidate through a Chapter 7 bankruptcy process, according to a filing with the U.S. Securities and Exchange Commission. The company, which had been developing a commercial electric vehicle called the Urban Delivery, has been under investigation by the SEC since March.

“Unfortunately, there were too many obstacles for us to overcome in the short amount of time available to us,” Shauna McIntyre, interim CEO and president, said in a statement.

The bankruptcy announcement comes three weeks after the company warned it was in danger of running out of cash, and less than a year after it launched on the Nasdaq by merging with a special purpose acquisition company, instead of taking the more rigorous route required of a traditional IPO.

Allowing pre-revenue startups to take a shortcut to an IPO before selling a single vehicle has led to trouble on numerous fronts. In addition to Electric Last Mile Solutions, other EV makers to go public by merging with a SPAC over the last couple of years — including Faraday Future, Lordstown Motors, Lucid Motors, Nikola and Canoo — have faced SEC investigations, Nasdaq de-listings, executive resignations and other delays and road blocks in their journeys to bring a vehicle to market.

The SEC is currently reviewing guidelines to put SPACs on par with companies pursuing a traditional IPO and expects to finalize new guidelines during the second half of 2022. Meanwhile, some players in the market, including Goldman Sachs, Credit Suisse and Citigroup, have paused or limited dealmaking. Of the roughly 600 SPACs currently searching for a company to acquire, some deals have ground to a halt or been scrapped, according to SPAC Research.

By all accounts, it’s been a rough year for Electric Last Mile Solutions.

The company’s top two leaders, President and CEO James Taylor and Chairman Jason Luo resigned in February when an internal investigation found that they had purchased equity in the company at substantial discounts before the company’s merger. The SEC announced its own investigation into Electric Last Mile Solutions shortly thereafter, sending its shares tumbling below $1. The company laid off nearly a quarter of its workforce to cut costs and pulled guidance for the remainder of 2022.

In May, Electric Last Mile Solutions said it was also at risk of being delisted over delays in filing its 2021 annual report and Q1 2022 financial report. The company blamed the delay on its former accounting firm BDO, whom it accused of helping Taylor and Luo architect the scheme to buy discounted shares pre-merger. Electric Last Mile Solutions has gone without an auditor ever since the public spat, a gap longer than any other public company.

“It’s extremely frustrating that we must take this route,” said Brian Krzanich, chair of the company’s board and former Intel CEO, “but it was the only responsible next step for our shareholders, partners, creditors, and employees.”