Amid rising uncertainty about how financing will look for tech in the months and maybe years to come, one of the newer kids on the VC block in Europe is today announcing the closing of its latest and largest fund to date. Felix Capital — the London-based firm founded and headed by Frederic Court — has raised $600 million. It plans to use the money to continue investing mainly in its sweet spot of commerce-driven startups, complemented by businesses building tools to help run those (including new spins on finance around cryptocurrency and Web3) and the future of work overall, which includes sustainability, too.

Felix believes that the collective experiences of its investors, combined with its investment focus, will help carry it through times that are decidedly more challenging for the world of startup finance and growth, maybe laying more groundwork for healthier approaches overall.

“I’ve lived through a couple of downturns starting in 2000,” Court said in an interview. “I’ve spent a lot of time undoing what had been done before. Complex terms like preferred returns, we’d never do that now. For all the money coming in very quickly to the industry, say from hedge funds or others not in industry, they came in with a short-term-gains mantra. But our business is fundamentally a long-term business, and it takes a long time to build a great company. That’s even more true on the consumer side, you can’t just over-accelerate a brand.”

Felix’s portfolio includes companies that have now gone public like Farfetch and Deliveroo, as well as the likes of Sorare, Papier, Juni, Cocomelon owner Moonbug, scooter startup Dott and Goop. Felix invests both at the early stage, and in growth rounds. Its plan is to double down on existing bets, as well as bring 20-25 more companies, mostly in Europe but also North America, into the fold.

The fund will take the total managed by Felix to $1.2 billion. That’s not only big leap from the $120 million the firm launched with in 2015, but it’s also a leap from what Felix had wanted to raise. Court said that its original target was $500 million.

That fact, and the existence of the fund itself, are notable in themselves, but are perhaps stand out even more given the current state of things in the market.

After a number of frothy years of record-breaking fundraising numbers and precipitous valuations, the tech world is navigating challenging waters these days when it comes to finance. Call it a market correction, or something more directly related to any number of economic, political and social shifts, but many are preparing themselves for a moment where money will simply not flow as freely as it did before, not from investors, and potentially — and maybe more worryingly — not from customers, either.

But interestingly, some of that is not quite playing out in the more immediate sense as you might think. PitchBook noted in its most recently quarterly overview of VC activity in Europe (dating from the end of April, so the next not likely due out until late July) that European VC deals — that is investments by European VCs — were still on pace with the same quarter a year ago, which is to say they haven’t slowed down. Within that the UK (Felix’s home base) remained the biggest market.

However, the signs are definitely there on the horizon, if you believe in the trickle-down theory.

Exits have fallen off a cliff both in number and valuation. That was down largely to the huge sell-off in the public markets, having a knock-on effect on potential IPOs (which in trickle-down style will impact later-stage startups, as well as growth rounds and even smaller and earlier rounds down the line). PitchBook noted that exits were overtaken in that quarter by acquisitions, covering some 144 M&A deals totalling €5 billion. (That’s compared to just 16 public listings took totalling €1.9 billion in value, it said.)

More directly pertinent to VCs and how the business of fundraising for them is looking, the signs are that we’re on course for some important consolidation. After years of many star investors striking out on their own and launching their own funds, “the number of European VC vehicles fell drastically,” PitchBook noted, with the number of new funds created this year looking like it might be the lowest since 2013. However, as with startups themselves, there are still signs that the capital is there for the more promising in the field, for now at least: in total, larger funds raised €7.4 in the quarter, same as the year before. 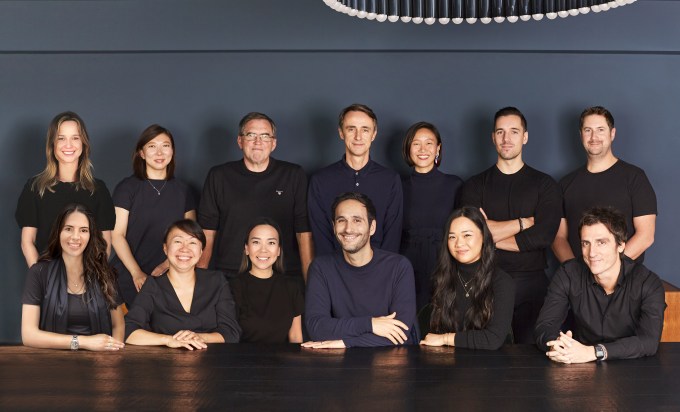 Within all of that, Felix’s fund underscores how there remain some very key exceptions to these trends, and also some potential encouraging signs of what will carry through more bearish times.

One of those details is that the firm invests around a particular thesis, rather than spreading bets too far and wide. That might make for a tougher outcome if the bottom falls out from that thesis, but just as likely that this means Felix understands its area and can be better equipped to help its startups through leaner periods. Another is that Felix seems to be among that group that’s still attracting funding, at higher than expected amounts, even while others might be struggling.

Felix’s Court said the market climate could work to its advantage — or, at least, it’s going to make the best of the situation of what are inevitably going to be less competitive fundraises and generally slower cycles.

“It’s great to be in the market with new funds right now,” he said. “We are going to be able to operate the way we like to work, more deeply and with more time, and with new relationships. We won’t be as pressed for time as we were before.” Facebook begins testing NFTs with select creators in the US – TechCrunch