Hello and welcome back to Max Q. In this issue:

Don’t forget to sign up to get the free newsletter version of Max Q delivered to your inbox.

An Astra rocket failed on Sunday, when the second stage experienced a premature shutdown resulting in the complete loss of two NASA satellites.

It’s an unfortunate debacle for both the rocket startup and the space agency, as the two satellites were meant to be the first duo composing the much-hyped TROPICS (Time-Resolved Observations of Precipitation structure and storm Intensity with a Constellation of SmallSats) constellation. The TROPICS satellites will be used to measure variables like temperature, humidity and pressure inside storm systems.

NASA tapped Astra to conduct three launches, each equipped with two TROPICS satellites, at a cost of $8 million — so that means the agency (and Astra) are 0/6 so far. But the space agency said on Sunday that it would still be able to fulfill its program goals with just four satellites. “Despite a loss of the first two of six satellites, the TROPICS constellation will still meet its science objectives with the four remaining CubeSats distributed in two orbits,” NASA said. “With four satellites, TROPICS will still provide improved time-resolved observations of tropical cyclones compared to traditional observing methods.”

That means Astra will need to nail the other two TROPICS launches. No pressure!

NASA said Wednesday that James Webb Space Telescope, that pinnacle of space optical achievement with a multibillion-dollar price tag, was struck by a small meteoroid on Wednesday. The hit knocked one of the telescope’s mirrors out of alignment, but “not to worry,” the agency said. “Webb is still performing at a level that exceeds all mission requirements.”

Little pings from space rocks are not necessarily news; apparently, the telescope had already been hit by four micrometeoroids at the time of this latest collision. Indeed, NASA took pains to reassure the public that it designs spacecraft, including JWST, to endure small impacts.

“Impacts will continue to occur throughout the entirety of Webb’s lifetime in space; such events were anticipated when building and testing the mirror on the ground,” NASA’s Thaddeus Cesari said. The telescope is also designed to intentionally turn optics away from meteor showers, though this micrometeoroid was not from a meteor shower but “an unavoidable chance event.” The micrometeoroid, while tiny, was also larger than NASA modeled and could’ve tested on the ground, so the agency’s assembled a team of engineers to explore how to protect against future hits on this scale. 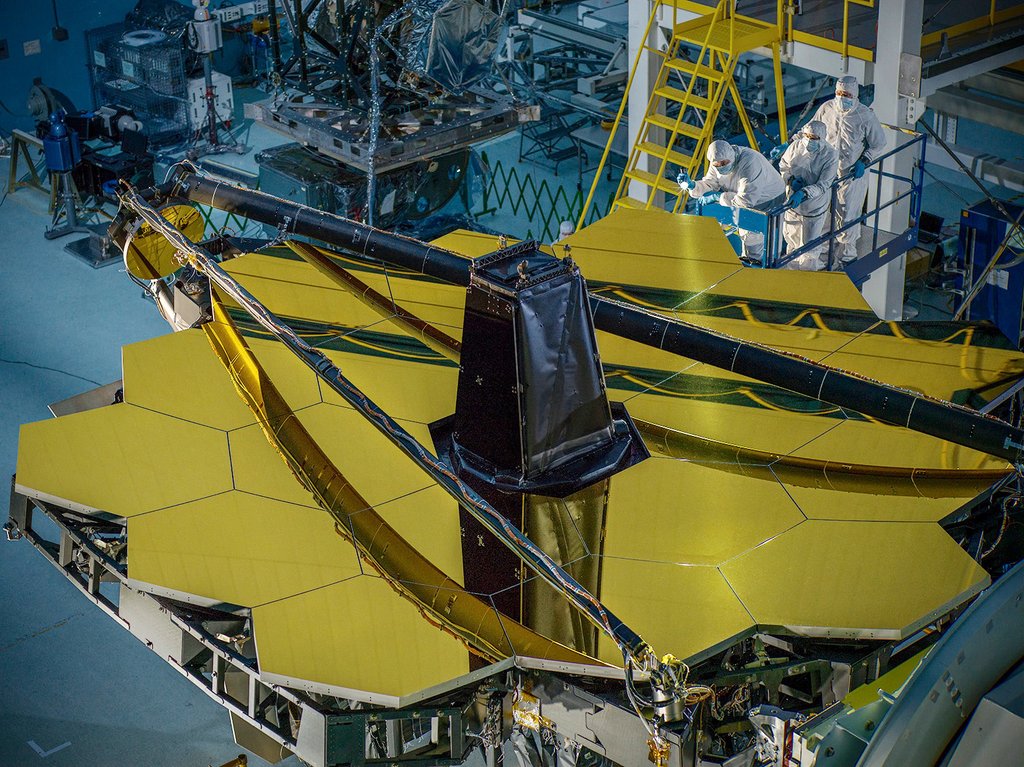 SpaceX was due to launch yet another resupply mission for NASA’s International Space Station last Friday, but it was halted after teams discovered an issue with the propellant of the Crew Dragon spacecraft.

“During propellant loading of the cargo Dragon spacecraft, elevated vapor readings of mono-methyl hydrazine (MMH) were measured in an isolated region of the Draco thruster propulsion system,” the agency said. SpaceX and NASA are now looking at no earlier than June 28 for the CRS-25 mission.

As the name of the mission suggests, this will be SpaceX’s 25th resupply mission under its Commercial Resupply Services contract with the agency.

More news from TC and beyond

Video of the week

Stage 1 and Stage 2 of Relativity Space’s 3D-printed Terran 1 rocket have arrived at the launchpad at Cape Canaveral, bringing the company one step closer to its first-ever orbital flight test. Relativity shared this video of the two stages making their arrival (complete with hype-y EDM playing in the background).

NASA is putting together a team to study unidentified aerial phenomena (UAP), though the agency says “there is no evidence UAPs are extra-terrestrial in origin.” Womp womp. Read more on the announcement here.

Max Q is brought to you by me, Aria Alamalhodaei. If you enjoy reading Max Q, consider forwarding it to a friend.