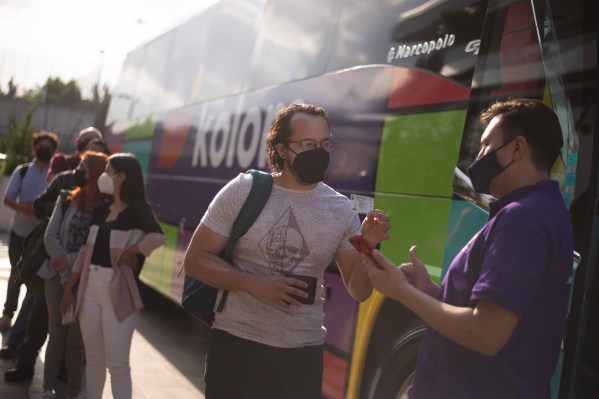 Kolors, a Mexico City-based startup, says its platform that connects intercity bus riders with bus drivers is like “if Uber and Southwest Airlines had a baby.”

Like Uber and other ride-hailing platforms, Kolors doesn’t own any of its own vehicles, but rather partners with small and medium-sized bus operators that are already running scheduled services. And like Southwest and other airlines, passengers are coddled by a bus attendant, a Kolors employee who checks in passengers, accepts payments of cash when needed, and sells snacks and drinks.

In emerging markets, similar products are creeping up to address what Kolors CEO and founder Rodrigo Martínez says is something of an antiquated industry. In Africa and the Middle East, Treepz and Swvl use a similar model for both intra- and intercity bus travel, minus the bus attendant. Part of the push to digitalize the bus industry is because the technology exists now. But as GDP in emerging markets rises, so do the expectations of consumers for higher-quality products, making busing, the lifeblood of countries like Mexico, the perfect industry to disrupt.

“People are wanting more, they’re demanding more for the services,” Martínez told TechCrunch. “The new bus passenger is millennials and centennials who want a better service than the incumbents can provide. Companies like Greyhound have been around for over a hundred years, and that one was purchased by Flixbus, a nine-year-old startup. It’s all about seeing what technology and data-driven optimization can do for the services.” 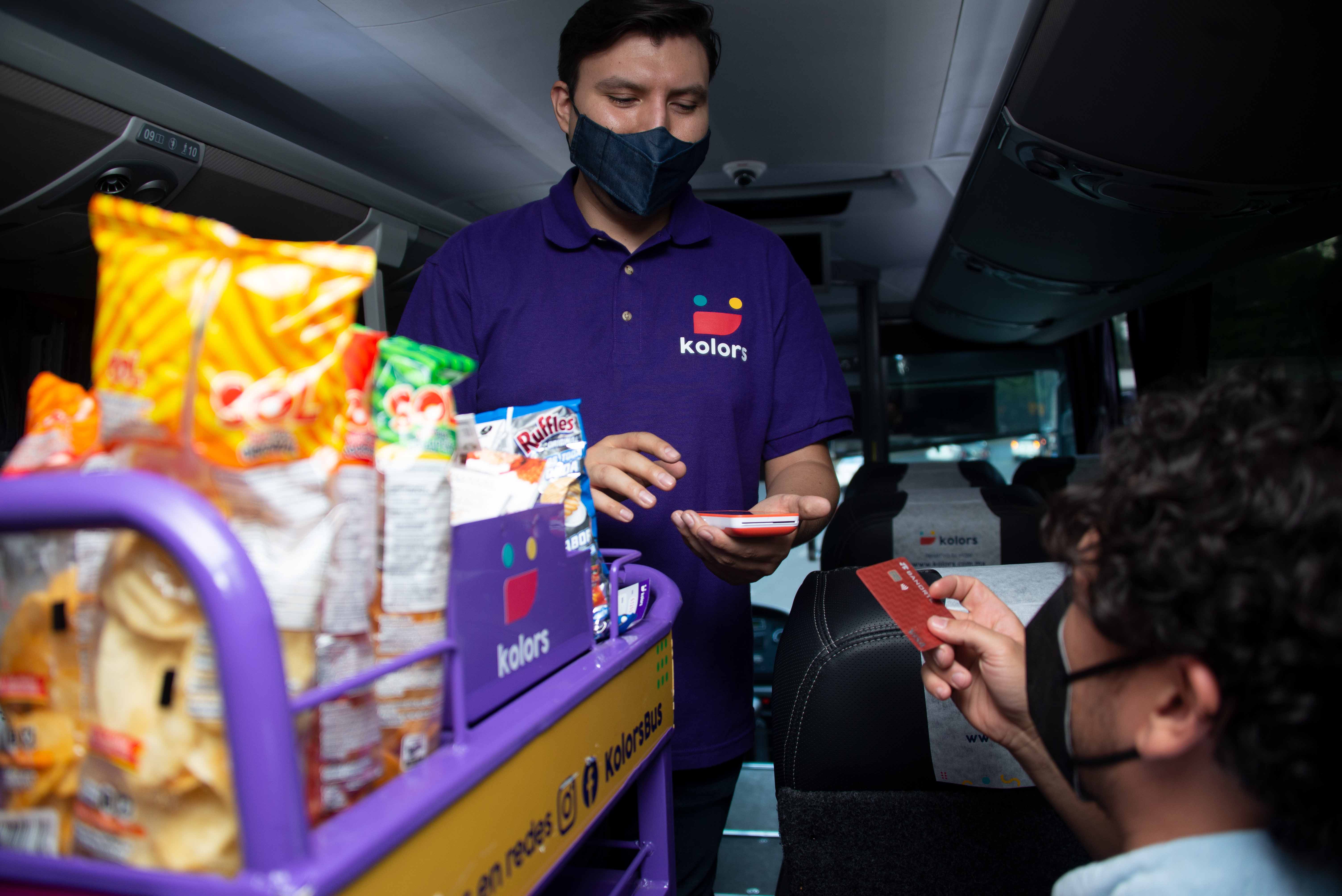 Kolors bus attendants are on every ride to check in passengers and provide snacks and beverages. Image Credit: Kolors

Kolors estimates the intercity busing industry is worth over $100 billion, with a $20 billion potential in Latin America alone.  Clearly, big-name investors in the mobility are also convinced of the potential behind this underrated industry, because the startup just closed out a $20 million Series A, bringing its total funding up to $26 million. The round was led by UP.Partners with participation from Toyota Ventures, Maniv Mobility, K5 Global and Mazapil, as well as existing investors. Kolors will use the funds to deepen its coverage in Mexico and parts of the U.S., as well as expand into other Latin American countries, likely starting with Chile.

Most of that funding will go toward improving the company’s tech backend, a “smart bus platform” that is based on a combination of airline and ride-hailing technology and allows for route optimization, booking, scheduling, pricing, marketing, sales and customer service, the company says.

The platform also collects data on things like which products passengers are buying from bus attendants while on board. Martínez says Kolors will also sell “ancillary products and services” as a means to accrue different revenue streams, like an airline would.

It’s the customer experience and the touch of luxury that Kolors is focusing on, says Martínez. Kolors only works with bus operators that drive coach or luxury buses with free WiFi. The higher-end buses will be equipped with seats that can fully recline for overnight drives, something that is really non-negotiable if you’re on a 30-hour bus ride from Tijuana to Mexico City.

“The bus attendant helps us to not only provide a better experience for our passengers, but also ensure the quality of every single Kolors trip,” said Martínez. “Because at the end of the day, they’re not our buses, we don’t employ the bus drivers because they’re employed by their bus company. But the attendant allows us to make sure that every single Kolors experience is the same or very similar, no matter who the partner is or what bus it is.”

Acronyms rule everything around me – TechCrunch Nigerian startup Klasha gets an additional $2.1M for its cross-border commerce play – TechCrunch