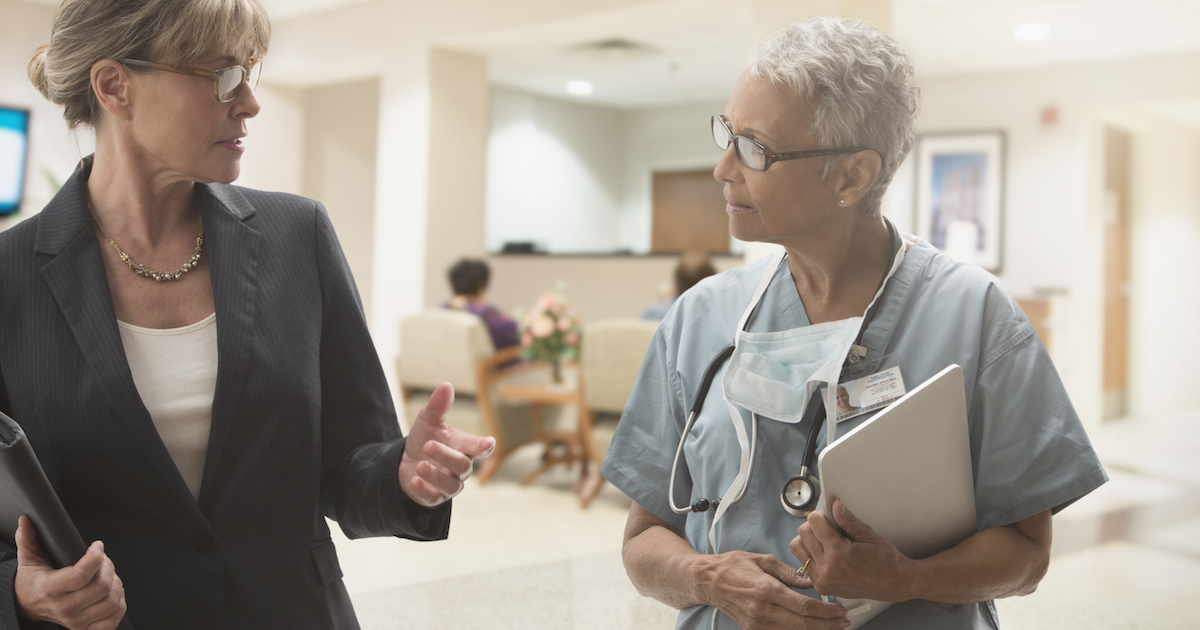 “Cheryl is one of the most respected leaders in healthcare and brings clinical and healthcare business expertise that will help accelerate the next phase of Morgan Health’s strategy around population health,” Dan Mendelson, CEO of Morgan Health, said in a statement.

“She is also a cardiologist and health equity expert and will play a critical role in our work to invest in and scale companies that are making a meaningful difference in reversing the trend of chronic disease, particularly diabetes and heart disease, across the commercial market. She recognizes the opportunity that we have to improve health outcomes for our employees and the more than 150 million Americans who depend on employer-sponsored insurance.”

In September, Morgan Health announced it made a $20 million strategic investment in home-diagnostics startup and Irish unicorn LetsGetChecked as part of a Series D-2 round.

The recent appointments mean 55% of FundamentalVR’s executive team is now composed of women.

“We are excited to welcome four amazing women to the FundamentalVR team and look forward to their contribution as we continue to expand in North America and Asia,” said Richard Vincent, cofounder and CEO of FundamentalVR, in a statement.

“Throughout 2022, we have continued to invest in our platform to transform how surgical skills are acquired in a scalable, low cost and multiuser environment. Erin, Michelle, Maayan and Dottie will be integral in helping FundamentalVR reach and better serve new customers to further that vision.”

The Mass.-based VR company announced it scored $20 million in Series B funding in August, led by EQT Life Sciences and joined by previous investor Downing Ventures, bringing its total raised to more than $30 million. It closed a $5 million Series A round in 2019.

Addiction care startup Eleanor Health announced that it hired Elizabeth Hart as its chief customer and patient engagement officer, Scott Fries as its chief financial officer and Peter Bird as its chief of staff. Danica Patterson was also promoted to chief of markets.

The company, which offers in-person and virtual psychiatry, therapy, recovery coaching and medication-assisted treatment for substance use disorders, said the new hires would support the company’s growth and expansion of its healthcare delivery model.

Bird joins Eleanor Health from Carolina Complete Network, where he served as vice president of strategy and performance. As chief of staff at Eleanor, he’ll be responsible for board support, strategic planning processes, leadership team cadences and select strategic projects.

“We are thrilled to expand and enhance our senior leadership team,” Corbin Petro, cofounder and CEO of Eleanor Health, said in a statement. “This is an exciting time for all of us at Eleanor, as we continue to both improve the ability to deliver our transformative care model at scale effectively and sustainably, and succeed in value- and population-based partnerships.”

Home diagnostics company Cue Health appointed Josh Ghaim and Dr. Sachin Jain to its board of directors, bringing its board to seven directors, five of whom are independent.

Ghaim joined the board on July 21 and Jain on October 7.

Ghaim’s the founder and managing partner of Ignite Venture Studio, a company that assists with growing digital health, wellness and beauty brands.

Jain serves as president and CEO of SCAN Group and is an adjunct professor of medicine at Stanford. He was previously the CEO of CareMore, a chronic condition management company, and Aspire Health, which provides in-home and virtual palliative care services.

“On behalf of the management team and board, I’m pleased to welcome both Josh and Sachin to the Cue team. We are excited to have vast knowledge of health plans and payors as well as the perspective of a medical doctor on Cue’s Board as we continue to pursue our vision of making healthcare more convenient, accessible, and timely by placing diagnostic information at the center of care,” said Ayub Khattak, chairman and CEO of Cue Health.

In June of this year the diagnostics company announced it had laid off 170 manufacturing workers due to considerable economic challenges and the federal government’s decision to divert funding from COVID-19 tests. With PFAS in Packaging, How Safe Is Microwave Popcorn?