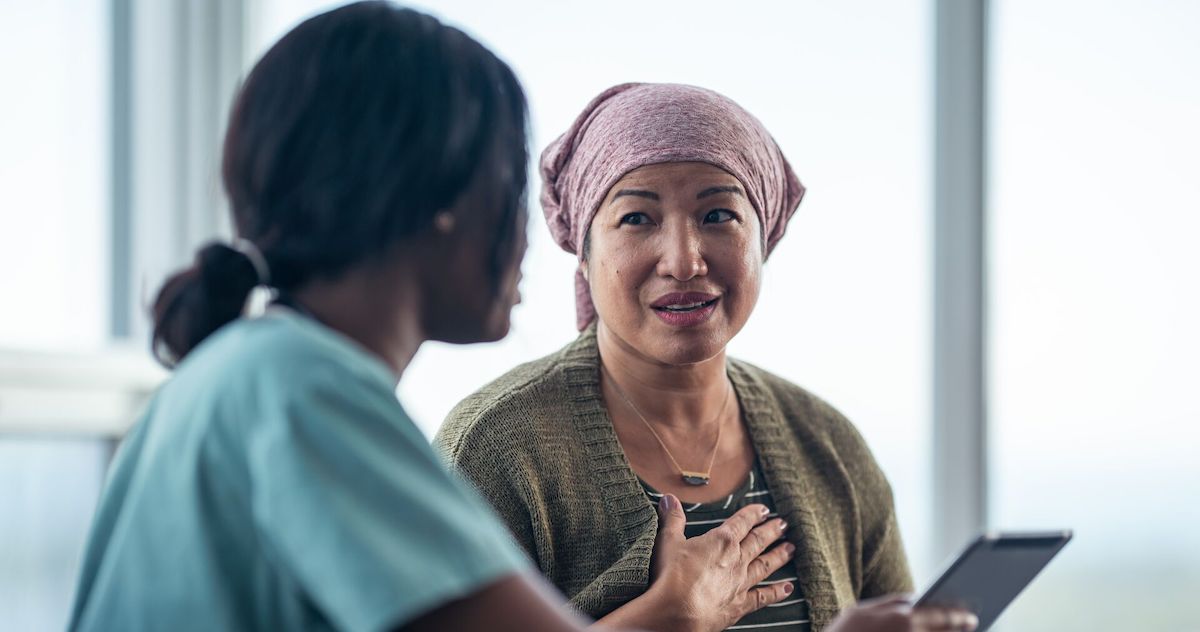 In a randomized trial that included 52 practices and 1,191 patients receiving treatment for metastatic cancer, researchers found statistically significant improvements in secondary outcomes like function and quality of life after a three month follow-up compared with usual care. Results on the primary outcome, overall survival, weren’t yet available.

In the survey group, patients were asked to complete a weekly survey online or through an automated phone system for one year. They were asked about symptoms like pain, nausea, vomiting, constipation, diarrhea, dyspnea, insomnia and depression.

The survey also included questions about eating and drinking, falls, financial challenges and their ability to care for themselves and do daily tasks. If a patient reported severe or worsening symptoms, an alert was triggered for the care team.

“In this report of secondary outcomes from a randomized clinical trial of adults receiving cancer treatment, use of weekly electronic PRO surveys to monitor symptoms, compared with usual care, resulted in statistically significant improvements in physical function, symptom control and HRQOL at 3 months, with mean improvements of approximately 2.5 points on a 0- to 100-point scale. These findings should be interpreted provisionally pending results of the primary outcome of overall survival,” the study’s authors wrote.

Researchers noted that identifying symptoms early can prevent them from getting worse and causing complications. They also found that most patients were able to complete the surveys, even though they were sick and some had limited experience with technology.

However, they also found the effect was smaller than in previous single-center trials, and it diminished over time. Participants in the intervention group were also more likely to drop out, which could mean they found the survey burdensome.

Other limitations include the missing primary outcome, limited language options for surveys, a lack of blinding and no control for the additional attention the survey group may have received from providers.

Though the study demonstrates the potential benefits of symptom tracking for cancer patients, utilizing the system could still be challenging for practices.

“Implementation requires technology, patient engagement, staff effort and modification of information flow. A prior analysis of user feedback from this trial found high levels of enthusiasm from patients and clinicians. However, nurses reported that alerts could be burdensome unless there is dedicated time to address the alerts,” researchers wrote.

“Despite cost savings associated with PRO monitoring for insurance companies, currently funding is not available to sustain additional costs to clinics of technology and staffing in the U.S.”

There are a number of cancer-focused digital health companies on the market. For instance, Finnish-born Kaiku Health recently partnered with pharma and diagnostics giant Roche to offer Kaiku’s tools for cancer symptom management and support to clinics and patients.

The Complicated Landscape of Seniors and Medications What to Expect from Periods After 40