The company launched “Fenix Taxi” in Manama, Bahrain, on Monday and says it’s planning to add two additional markets this summer. At the same time, Fenix launched its “Fenix Genie” service, which allows users to “buy anything and get anything delivered” within minutes in select neighborhoods of Abu Dhabi, Istanbul, Mersin and Doha, according to the startup. Couriers deliver goods using a combination of Fenix’s shared e-scooters and internal e-mopeds.

Since Fenix’s founding as a shared e-scooter operator in 2020, the company has regularly added business lines, from 10-minute grocery delivery to micromobility subscriptions to, now, ride-hail. It’s a similar playbook to the likes of Bolt in Europe and Yandex in Russia and Israel, one that “leverages what we think is the superpower of micromobility, which is a great way to get customers onto the platform and organically adopt us and then offer complimentary services,” Jaideep Dhanoa, co-founder and CEO of Fenix, told TechCrunch. 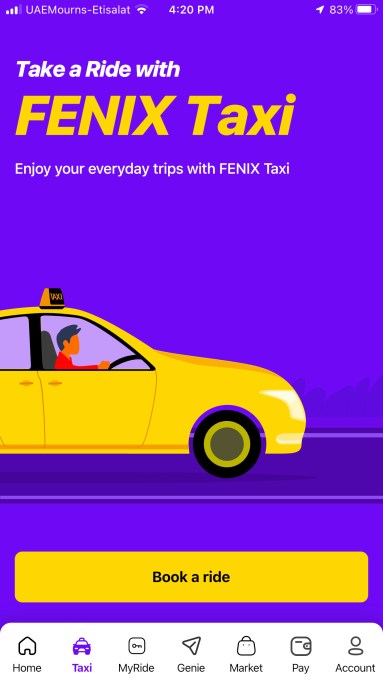 “Having worked in the industry for about eight years now, I know that one product can’t solve all mobility needs because our needs are diverse as a populace and even on a per trip basis,” continued Dhanoa.

All of Fenix’s products and services are available in the same app, the goal being to create one “mobility super app” to serve the greater Middle East. Aside from Bahrain, Qatar, Turkey and the United Arab Emirates, Fenix also has a presence in Saudi Arabia, specifically with its shared and subscription scooter service.

“Our mission is to unleash urban potential and propel communities forward,” said Dhanoa. “We start with mobility, which is an enabler for opportunity. Mobility, it gets people to work, to school, to the mall, it gets you home. When people move and do more, it drives economic activity and quality of living, so we’re really focused on how we can reduce that friction to move.”

Dhanoa says piling on the products and services has been the strategy from the get-go. The CEO’s co-founder, IQ Sayed, was formerly the head of engineering at Careem, a Middle Eastern ride-hailing service that Uber acquired. That experience taught Sayed to think about the technological architecture of Fenix’s product as something that could continually be added to, rather than re-engineered every time the company decided to add a new business line.

“We incorporated those lessons into how we’ve built up the tech at Fenix from day one, and it’s really paying dividends as we’re now able to spin out new products basically every quarter with a very lean, high-velocity tech team,” said Dhanoa.

Publicly, Fenix has only raised $5 million, most, if not all, of which probably went toward the company’s purchase of Turkish e-scooter operator Palm. Dhanoa says Fenix has raised more money that it hasn’t yet announced to help it scale and expand. Otherwise, the company is mainly relying on profits from its core micromobility business to fund these new business lines. 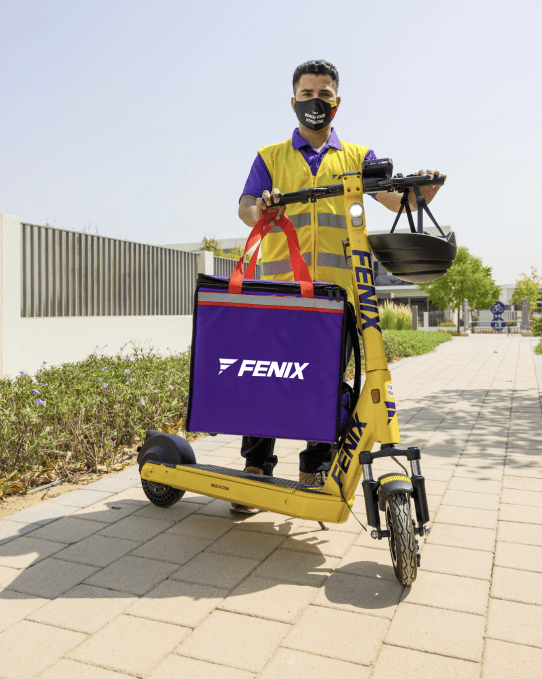 “We are profitable in all five of our markets on a unit economic basis,” said Dhanoa. “I think market selection is also important. The Gulf specifically has a really large profit pool for ops-intensive businesses just due to labor arbitrage. We have developed market pricing with emerging market costs and low competitive intensity.”

In the near term, Fenix is focused on bringing its full portfolio of mobility and delivery products to the footprint where it currently operates shared e-scooters so it can leverage existing brand stickiness. Dhanoa says Fenix is also working to expand its e-scooter presence in current markets.

Looking further out, Fenix wants its footprint to cover the greater Middle Eastern region, from Morocco to Pakistan.

“This is a region with similar characteristics to Southeast Asia — large population but diverse and highly fragmented — that requires tremendous management attention to unlock, creating the opportunity for a regional champion,” said Dhanoa. Elon Musk tells Twitter he is killing the deal – TechCrunch