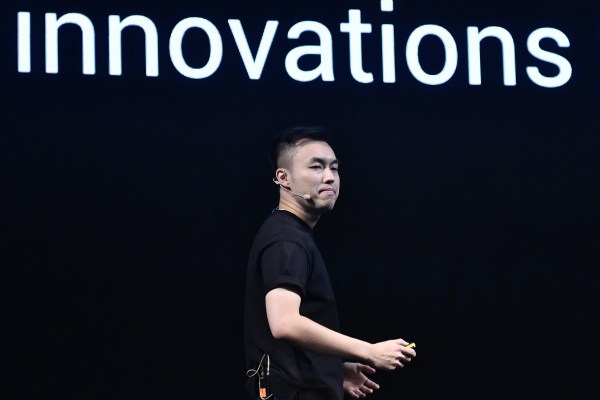 Xiaomi is elevating Alvin Tse, a veteran at the firm, as the General Manager for its India business as the Chinese technology group bolsters its efforts to fight increasing competition from rivals including Samsung and looks to smoothen its relationship with New Delhi.

The appointment of Tse (pictured above), who until recently led Xiaomi’s Indonesia business, follows the transition of Manu Kumar Jain, the previous head of Xiaomi India, to a globe role as Group VP. India is Xiaomi’s largest international market.

Under Jain’s leadership Xiaomi grew from being yet another upstart to the largest smartphone maker in India, a position it has largely maintained for over three years. He left his India leadership position last year.

Tse is no stranger to the India, either. He was instrumental in shaping Xiaomi’s strategy and execution in its early days, according to people familiar with the matter, and has over the years served multiple roles at the firm. Tse, who is also an angel investor in several Indian startups, was also one of the founding members at Poco, a sub-brand Xiaomi launched before spinning it out as an independent business.

“Post his transition, Alvin will join hands with the Xiaomi India leadership team and support the company’s next phase of growth. Being a British national and true global citizen, Alvin has helped Xiaomi expand successfully into many global markets,” the company said in a statement.

Xiaomi also announced that Anuj Sharma, a former Motorola executive who has also previously worked at Xiaomi and moved to Poco over two years ago, is rejoining the Chinese giant as Chief Marketing Officer.

“With their guidance, Xiaomi India will continue to stay true to its core philosophy of relentlessly building amazing products with honest prices such that everyone in the world can enjoy a better lifestyle through innovative technology,” the company said.

The rejig comes at a crucial time for Xiaomi. Even as it maintains the tentpole position in the Indian smartphone market, Samsung and Realme are increasingly closing the gap.

Xiaomi is also confronting a strange debacle in India. In April this year, India’s anti-money laundering agency seized assets worth about $725 million from Xiaomi India for what it said was a breach of the country’s foreign exchange laws. The move has been put on hold pending a court decision.

The agency also summoned Xiaomi executives including Jain for questioning earlier this year over tax compliance. Xiaomi, which has denied wrongdoing, later alleged that its executives faced threats of “physical violence” during the questioning, Reuters reported.

The India Cellular and Electronics Association, a lobby group that represents Apple and many other tech giants, late last month called out Indian authorities for lacking understanding of how patents and royalty atop of them work, an element at the core of the dispute between Xiaomi and the anti-money laundering agency.

Over the past four years, Xiaomi has aggressively expanded its presence in India, setting up its iconic stores and has partnered with scores of local retailers. It has also made deep inroads with phone manufacturers such as Foxconn to move much of its assembly work to India from China. But the firm is not immune to the geopolitical tension between India and China.

India banned over 200 apps with links to China in 2020. Some of Xiaomi’s apps also got blacklisted in India and amid the scuffle between the two nuclear-armed neighboring nations, Xiaomi rebranded many stores in the country to position itself as an Indian firm.